For the London Office of Technology and Innovation (LOTI), the pandemic lockdown brought its Fixing the Plumbing agenda in digitising local government to front-and-centre. But what are the next steps in getting there? Quadrant Smart chats to Eddie Copeland, LOTI director, to find out more

Despite its size and 24/7 hive of activity, the 32 London borough councils, the City of London, and the near 9 million people within it, felt the same rampant effects of the Coronavirus pandemic since March. From a local government’s perspective, previously nonessential questions were raised at an instant: “What do we know about households? How do we spot where there’s multiple factors that might make someone vulnerable?” asked Eddie Copeland, director at the London Office of Technology and Innovation. “Including things like, if a child goes to school in a neighbouring local authority area, their home council will not know that they are in receipt of free school meals.”

The head of the LOTI network, which hosts the 17 London boroughs and Greater London Authority (GLA), and is itself a branch of London Councils, pre-lockdown was building its ‘Fixing the Plumbing’ agenda in improving procurement, building skills, and improving data collaboration. For Eddie, when COVID-19 hit, the pandemic “absolutely reinforced” the importance of the Fixing the Plumbing movement.

A coalition of the willing

One of the three areas of improvement of the Fixing the Plumbing agenda, on data sharing and standards, showed its worth immediately, says Eddie. Though some boroughs such as Sutton used their data and software platforms to optimise food delivery services, Eddie found that many senior executives and elective members of boroughs were “only just realising” on the value of utilising data and setting up vulnerability hubs, shielded lists, and harnessing data to start triaging volunteers to make vital deliveries of food and medical supplies, for example.

The rapid scramble from some local authorities to use more data sharing may be a symptom of what Eddie labelled “standards overwhelm,” where, in the smart cities world, the use of IoT and devices brings about waves of confusing standards from the likes of the National Cyber Security Centre and the British Standards Institution.

“Because it’s all very well saying ‘you should comply with IO757’ or whatever it might be – but practically how you do that, as a practitioner, who is very busy and probably has 20 other things to do in any one hour, as anyone does in local government, is challenging,” Eddie lamented. “So, a project for us is to try and simplify that kind of guidance.”

Eddie noted that it’s not that boroughs don’t want to increase data sharing, but the legal processes, including what you’re sharing and why, what security measures and so on, can take “around six months, if not longer.” In COVID times, Eddie says, six months is simply far too long. To combat, LOTI has been working with boroughs to implement a new digital DPIA tool, as well as using the London DataStore as boroughs’ default data sharing platform, which Eddie hopes to alleviate some of those bottlenecks local authorities face.

London has a very distributed, fragmented system of local government, and that comes with some challenges

On the broader subject of collaboration, LOTI’s work is based on “the coalition of the willing,” says Eddie. Not all boroughs are members of the LOTI network – just over half are – but Eddie argues that he’s not there to convince boroughs who don’t fundamentally believe collaboration is as good as thing himself and the LOTI network. “London has a very distributed, fragmented system of local government, and that comes with some challenges,” Eddie said.

“It’s a challenge if you’re trying to do things in a coordinated, joined-up fashion. But what we want to do is work with those boroughs who are really animated and get the benefits of collaboration.”

Building skills hubs and retaining them

The second strand of building back from COVID-19 is in skills building. The rapid increase of job losses in hospitality and arts sectors will not only put thousands out of work who are currently of age, but could also squeeze younger students who wanted to enter these industries into other markets. The LOTI network hopes the local government digital job market could be an enticing sector to build boroughs’ digital capabilities, talent pool, and diversity.

“We have many reasons for creating that scheme and wanting to develop it further,” outlined Eddie. “You look at the future of local government, it will depend on having really good digital data, innovation, skills in their broadest sense – this isn’t just techies or software developers – it’s service designers, user researchers, and creative thinkers of all sorts who can understand, use and adopt data in interesting ways.

You look at the future of local government, it will depend on having really good digital data, innovation, skills in their broadest sense

“It’s an incredibly competitive market. If you’re talented in those areas, you can certainly get paid well in the private sector. And so I think hiring is often a challenge.” One of the approaches LOTI has taken is building that talent pool from the base, such as with Hackney Council, which launched a digital apprenticeship programme in 2018. “Those boroughs that have really taken onboard that idea of investing in apprenticeships have found it a really fruitful way in getting talent into their team,” Eddie claimed.

The focus on building apprenticeship schemes looks to have been a success – hitting LOTI’s target of 104 from a year-long campaign, of which LOTI hopes to extend that into technical areas such as data apprenticeships. Though apprenticeship starts nationally for between ages 16 to 18 dropped by over a fifth compared to last year the LOTI team believe in the long-term that apprenticeships can be a vital cog in building back from COVID-19.

“Certainly, for as long as I’ve been involved in the sector, I have been aware that the relationship between local authorities right around the UK and the tech sector has been dysfunctional at best,” Eddie claimed. There are just a handful of suppliers in procurement in technology in local government, who are “incredibly dominant” across a range of lines of business, leading councils to genuinely not feeling like they are getting great value, Eddie continued. 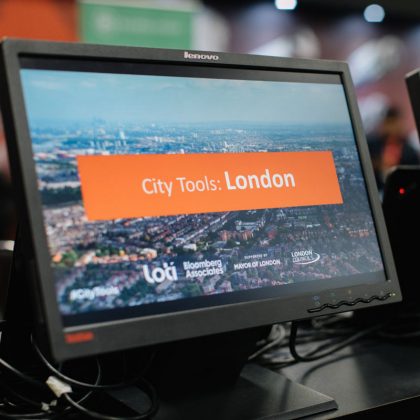 “All of their new tenders will be pulled in real-time to display there: and the site comes with a lot of guidance to help SMEs go: ‘okay if you want to bid for this, it’s on this framework’. To be on that network, these are the things you need to comply with. If you don’t yet comply with this, here’s how you can get onboard.”

Sometimes, Eddie adds, there may just need to be a like-for-like replacement, requiring a more specified tender offering – but an outcomes-orientated shift to procurement will hopefully reduce the need for 200 pages of exactly what a council wants provided, and instead allows SMEs and innovators to come forward and offer solutions. “But, where right now in the COVID context, where boroughs are under extreme financial pressure, huge rising needs, there are a lot of issues arriving on a daily basis where we go ‘this is a new issue, how might we do this’,” explained the LOTI chief.

Though the Fixing the Plumbing agenda was originally set up without a global pandemic in mind, these three strands of building back are, in many local council officials’ opinions, pivotal for building – and retaining – skills, and providing more efficient and effective services for residents. A year in the future, Eddie hopes to have built some practical elements in local government that will be “very, very much needed” in bouncing back from COVID-19.

He commented: “I think, continually, which the sector will know about, but the public will notice necessarily, is that agenda. Can we, a year from now, say we have concretely boosted the skills of London local government? We have now got much more seamless data sharing processes – it’s not taking us six months on average anymore, it’s taking us a few weeks at most.

Can we, a year from now, say we have concretely boosted the skills of London local government?

“On that technology procurement piece, I really hope we’ll be able to point to some actual procurement, and go ‘actually we’re now working with a broader range of suppliers’. So lots of different strands that we want to point to stuff in the world that is different because we acted. So delivery is very much our priority in year two to receive those results.”

Though most local governments in London – just as they were nationally, and even globally – were blindsided by the change of tack in life from the Coronavirus pandemic, the Fixing the Plumbing agenda looks more prevalent than ever before. It’s hoped that, with a coalition of the willing, the nation’s capital will be able to transform the public sector for a digital future.