In early October, the approval of The City of Edinburgh Council’s Digital and Smart City strategy seeks to meet pressing demand due to the COVID-19 pandemic, and deliver a shift in council operations to meet Edinburgh’s carbon-neutrality goals by 2030. Quadrant Smart sits down with Cllr Cammy Day, deputy leader, and Stephen Moir, executive director of resources at The City of Edinburgh Council, to find the tools to get there

The approval of the 31-page Edinburgh’s Digital and Smart City strategy is the latest movement from the Scottish capital to combine short, medium, and long-term smart solutions to deal with pressing needs of the ever-growing city.

Cllr Cammy Day, deputy leader, The City of Edinburgh Council, highlighted the findings of Edinburgh Poverty Commission’s September report, A Just Capital, in illustrating how the digital strategy is meeting challenges across the city. The report noted how digital connectivity “has become an absolute necessity” to maintain relationships and reduce isolation. Additionally, digital exclusion has worsened during the pandemic due to data costs of greater use being “unaffordable for many.”

“[Challenges are] simple things like affordable access to ICT and hardware,” Cammy echoed on the report. “You and I might switch providers each year to get the best deal. But if you’re stuck in a high-rise flat with little income, and having a data package is not high on your agenda, or having the ICT hardware to do that, then you’re losing out because the tech just doesn’t work for you. We need to address that.”

A key tenet of the digital strategy is on that bringing digital inclusion front-and-centre. In the short-term, the strategy details the council’s aim is to ensure connectivity is available in communities spaces such as schools and libraries, and ensure “equity of access” is provided for all learners in schools. More broadly, the strategy outlines Edinburgh’s goal to ensure low-cost affordable broadband is available for council tenants, and build digital literacies “in all aspects of the digital curriculum.”

This mix of measures is hoped to bridge the digital divide highlighted by the Poverty Commission’s report into Edinburgh – and is one of necessity, according to executive director of resources Stephen Moir. “Most of what people going to be doing, irrespective of whether it’s work or life, is going to involve some form of digital interaction. That’s just the way of the world,” Stephen said.

Most of what people going to be doing, irrespective of whether it’s work or life, is going to involve some form of digital interaction. That’s just the way of the world

“What we don’t want to do is have some kids in our schools doing really well because parents can afford to provide them with devices or they have access to devices the school has provided, and then we have some other schools where a proportion of our pupils may not have access to that.”

Decarbonisation as a driver

Headlining the strategy is the mix of internal and external low-carbon strategies to ultimately fit into meeting the city’s carbon neutrality goal by 2030. The council’s sustainable internal actions include the switch off of PCs over weekends and evenings; multi-function devices to replace printers and copiers; and the implementation of remote working to reduce travel between home and work.

In the council’s external work, the 200-acre Granton Waterfront regeneration project was highlighted by Cllr Day as a development encouraging active travel and sustainable leisure in the city, as well as continued extensions of travel modes such as the Edinburgh tram service, and highlighting Mobility as a Service (MaaS) options around the capital.

Additionally, Cllr Day told Quadrant Smart that the council is looking at how it manages its own fleet, in looking into “as many electric or hydrogen vehicles as we can.” The council is also reconsidering its car loan schemes. “We’re looking at all of these measures to have a genuine attempt to get a carbon-free city by 2030,” Cllr Day said.

“Combine that with a commitment to eradicate poverty from 2030 gives us a huge ambition – and we will have some tough times in getting to that – but I think these things I’ve mentioned are all part of that commitment to trying to make Edinburgh a much healthier, better place to live.”

The Edinburgh and South East City Region Deal, representing 1.3 million people in the region, puts the Data-Driven Innovation Initiative as one of the main actions for Edinburgh in service provision in the coming years. But how are these swathes of data banks going to be effectively stored? Stephen, and the digital strategy published by the council, sees cloud solutions as a prominent tool for the council in meeting a variety of its goals.

“Cloud is important as part of our strategy,” explained Stephen. “Being really blunt, I don’t want lots of big servers and data storage, that’s creating carbon emissions, that’s using electricity unnecessarily – and frankly, why do I need a building when I don’t actually need on-premises storage for the future?”

The director of resources continued, arguing the days of servers are “long gone,” due to issues with on-premises storage breaking down, losing power, or running out of space.

As local authorities look to increasingly share data amongst themselves, cloud will be “more effective” to enable Stephen to do that: “Rather than having to join lots of different networks up, having different architecture and different servers,” he said. The council will continue to work with the wealth of open data bodies in based in the city, including the Edinburgh Open Data Portal, Edinburgh DataShare, and The Data Lab to fully realise the potential of cloud solutions in the city.

Why do I need a building when I don’t actually need on-premises storage for the future?

“We’re making sure that we can protect legacy systems that we’re going to have to maintain for a while, and look at the risks of doing that,” Stephen outlined in Edinburgh’s shift to a digital-centric culture at the authority. “Whether that’s your classic areas around core enterprise architecture, or shadow IT, we want to have a good sense of our whole network and ICT estate. 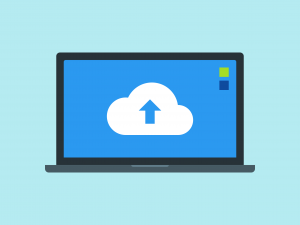 Ultimately, the digital strategy on the whole uses that mix of digital strategies to drive towards the 2030 net-zero goal, as well as better provision of services – and value for money – for taxpayers in the capital. “We want to simplify, converge, make more use of bigger systems, only bespoke where we need to customise where we need to,” Stephen concluded. “What we want is less customisation, more vanilla, more off-the-shelf, and ultimately better value for taxpayers.”